All-Philly Showdown between Steven Ortiz and Damon Allen Headlines on Saturday, July 24th at the 2300 Arena 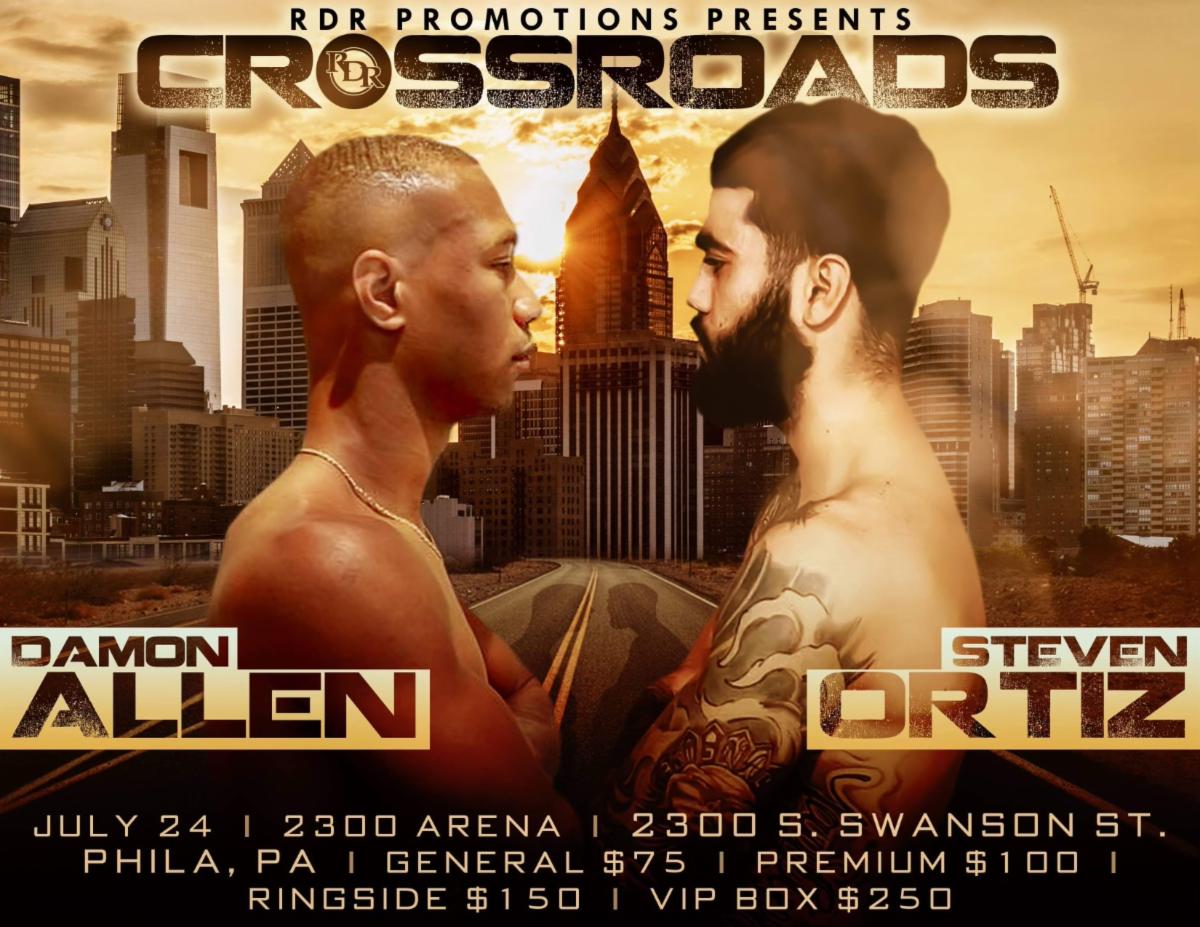 PHILADELPHIA – A highly anticipated lightweight showdown between “Philly Favorites” Steven Ortiz and Damon Allen Jr. headlines a gigantic night of boxing on Saturday, July 24th at the 2300 Arena in Philadelphia.

The fight card, dubbed “Crossroads” will feature the much talked about fight, which has been scheduled twice, but postponed by the Pandemic and then an injury.

The fight will headline the second night of back-to-back massive shows at the 2300 Arena promoted by RDR Promotions. The Friday, July 23rd show was announced yesterday

The Ortiz-Allen showdown is promoted in association with DiBella Entertainment.

The bout is the most anticipated “Philly vs. Philly” main event matchup since Derek Ennis took a 12-round majority decision over Gabriel Rosado on July, 30 2010 at the same venue.

Allen is 16-1-1 with five knockouts. the 28 year-old Allen is an eight-year professional who has victories over former world champion Gamaliel Diaz, Jayro Duran (10-2), former world title challenger Martin Honorio and his last outing, when Allen took a six-round unanimous decision over Diemerci Nzau on October 25, 2019.

Taking part in the eight round co-feature will be undefeated welterweight Mark Dawson Jr..

Dawson of Philadelphia is 8-0-1 with three knockouts. The 24 year-old former amateur standout is coming off a win over Rodrigo Solis on May 8th at the 2300 Arena. Dawson’s opponent will be announced shortly.

In a six-round bout, Rasheen Brown (9-0, 6 KOs) of Philadelphia takes on Roberto Pucheta (10-18-2) of Jalisco, Mexico in a super bantamweight contest.