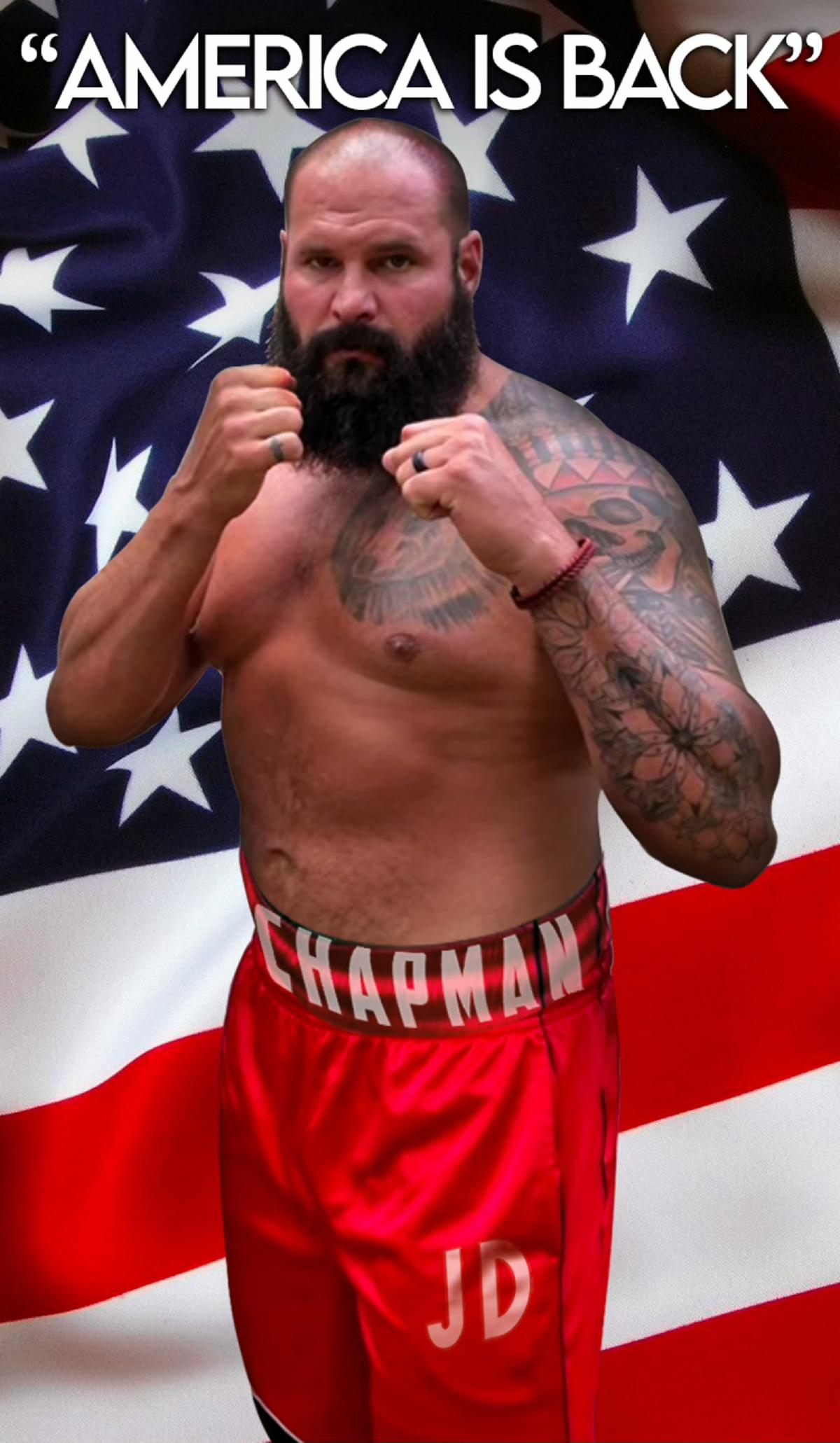 Woods recently had a draw with Russian heavyweight contender Alexander Ustinov (36-4) and is renown for testing top fighters, having taken to the distance former world champion Dominick Quinn, and top prospects such as Michael Hunter (21-1) any Nicholas Musterek (9-0).

JD “The Natural” Chapman (30-0), returned to Boxing on June 5, 2021, after a thirteen year layoff. At the time of his retirement, Chapman was ranked by just about every rating organizing and was considered one of America’s best chance at reclaiming the Heavyweight title. With his return, Chapman immediately became one of the most talked about heavyweight contenders.

Asked whether it is not too soon to fight such a dangerous opponent as Terrell Jamal Woods so early in his comeback, Chapman said with his usual humility, “Jamal Woods is tough and will be a good test for me as I’m rusty and nowhere close to where I used to be. However, if I can’t go through guys like Jamal, I might as well hang up my gloves and retire for good this time.”

Says his promoter Edward Mendy, “JD Chapman is the ‘Next Great American Hope.’ No offense to Deontay Wilder and Andy Ruiz, but no American heavyweight today has a better shot at the world title than Chapman Period. JD has the size, the power, the skills and the experience to take on any of the top five heavyweights today. I’m so pleased with his progress, I would gladly to put him up against any other top ten heavyweight today. But first, he has to pass the Wood test.”

Born John David Chapman in March of 1983, JD Chapman did not fight as an amateur. Instead, he started fighting in Toughman Contest competitions before he turned pro in 2002. Chapman chose the name “The Natural” as he hails from Arkansas, “The Natural State”.

After fighting mostly guys with losing records his first fourteen fights, JD Chapman stepped it up and never fought another opponent with a losing record. In the process he has accumulated 30 wins with 26 of the wins by way of knockout (knockout ratio greater than 90%).  Also, Chapman has beaten several known contenders and gatekeepers. His most notable opponents were Chicago-based Edward Gutierrez who was 15-0-1 coming into the bout, New York veteran John Carlo who then possessed a 14-1 record, and fellow undefeated Mid-West prospect Matt Hicks then 7-0.

Chapman further captured several regional heavyweight titles including the IBF Southern Regional title, the North American Boxing Council title, the WBC Latino title and the Arkansas State title. Just when it seemed that Chapman was at the cusp of stardom, he hung it all up and rode into the sunset.

At the time of his retirement in 2008, Chapman was considered a major heavyweight contender and was the darling of the boxing press. He received tremendous coverage and exposure in the boxing press and was featured repeatedly on television. More importantly, Chapman was rated Top Ten by every major sanctioning body except the WBC, which gave him a World Rating of 14.

He is being trained by former MMA Champion Brian Foster. Chapman’s return is being guided by Edward Mendy of Lion Heart Boxing Productions.