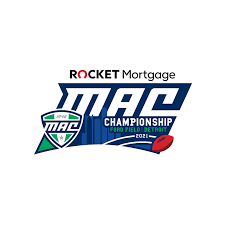 • After losing nine-straight overtime games, the Flashes have won their last two (Miami in 2021 and Kennesaw St in 2019)

• With a win, Kent State will capture their second conference title in program history and first since 1972

• Four milestones were reached in Saturday’s victory over Miami

• Dustin Crum hit 50 career TD passes, second Kent QB to ever do it

• Kent State ran for 304 yards against Miami, who had averaged only 94 yards rushing allowed per game in conference play

• It is the fourth time the Flashes ran for 300+ yards in a game, they average 247 yards per game on the ground, good for third in the FBS

• The Flashes had two more interceptions on Saturday, giving them 15 for the season, that is tops in the MAC and sixth in the FBS

• The interceptions were the 23rd and 24th turnovers forced by the Flashes’ defense this season, that is tops in the MAC and 10th in the FBS

• At +15, Kent State is second only to Nevada in turnover margin

• The FlashFAST offense ran 85 plays in the win over Miami, the fifth time the Flashes have run at least 80 plays

• Kent State has run no fewer than 64 plays in a game this season and average 78 plays per game, 10th in the FBS and tops in the MAC

• Dustin Crum was named the Vern Smith Leadership Award winner, given to the MAC’s MVP, he’s the first player at Kent to win the MAC Player of the Year award since Eric Wilkerson in 1987

• The MAC West Champion NIU Huskies return to Detroit to play in the MAC Championship game for the eighth time in the last 12  seasons, the most appearances by any league team. .

• NIU completed a “worst to first” regular season with an eight-game improvement in the win column, winning seven games by one score or less, four by two points or less and another in overtime.

• Nine Huskies, including all three of NIU’s starting specialists and three starters on offense or defense, will be making a return trip to Ford Field and the MAC Championship game.

• NIU is 4-4 in its eight previous MAC Championship game appearances and has won five MAC titles all-time -the first in 1983 prior to championship games.

• Quarterback Rocky Lombardi has thrown for more than 2,300 yards and averaged more than 245 yards of total offense while directing the Huskie offense to a score in the last two minutes of a game or half eight times in 2021.

• NIU head coach Thomas Hammock, a two-time first team CoSIDA Academic All-American who rushed for over 1,000 yards for the Huskies in 2000 and 2001, is in his third season as head coach at his alma mater. Earlier in November, NIU announced that Hammock had received a contract extension that will keep him in DeKalb through the 2026-27 academic year

RETURN TO DETROIT: NIU will add to its league record by making its ninth appearance all-time in the Rocket Mortgage MAC Championship game, and will play for a MAC Championship for the eighth time in the last 12 seasons. The Huskies played in Detroit for a record six-straight years from 2010-2015, returned and won the title in 2018 and after a two-year respite, are back in 2021.

CLINCHED: NIU clinched the MAC West Division title and a spot in the 2021 Rocket Mortgage MAC Championship game in Detroit in its penultimate game on November 17 with a 33-27 overtime win at Buffalo, the Huskies’ eighth win of the season.

MOTOR CITY REGULARS: Ford Field has become the Huskies’ home away from home as NIU will play its 10th game in the Motor City stadium this week, its most games at any neutral site location. In addition to the nine MAC Championship games, the Huskies played in the 2017 Quick Lane Bowl in Ford Field. All-time, NIU is 4-5 in the stadium with a 4-4 mark in MAC Championship games and a loss to Duke in the Quick Lane Bowl.

BEST IN THE WEST: With this year’s MAC West Division title, the Huskies have won a league-best nine division crowns. Trailing NIU are Toledo and former league member Marshall with six division titles each, Miami with five and Ohio, Central Michigan and Bowling Green with four division championships each. Buffalo and Central Michigan have each won three, while Akron, Ball State and now Kent State each have two first-place division finishes to their credit.

CHAMPIONSHIP HISTORY: NIU is 4-4 in its eight previous MAC Championship games in Detroit. However, NIU has won five Mid-American Conference titles all-time, as the Huskies’ first MAC crown came in 1983 under head coach Bill Mallory. That season, NIU went 8-1 versus league teams and clinched the championship with a 26-14 win over Toledo before the days of conference championship games.

NINE FOR THE SECOND TIME: Nine Huskie players will be making a return trip to Detroit to play for a MAC Championship in 2021, including three players who started the 2018 game on offense or defense and all three of NIU’s starting specialists. The list – and their stats from the 2018 game.

REMATCH: NIU and Kent State will meet for the second time this season, marking just the second time in NIU’s nine MAC Championship game appearances that the Huskies will play a team it previously faced during the regular season. On September 24 2005, NIU lost at Akron, 48-42, in overtime in both teams’ MAC opener with the Zips also taking the rematch, 31-30, on December 1 in Detroit on a last second touchdown pass. NIU did not face its MAC East opponent during the regular season in any of its other championship game appearances.

SERIES HISTORY: The MAC Championship game between Kent State and NIU will be the 30th meeting all time between the two schools. NIU has won 10 of the last 11 games between the teams, with Kent State’s win on November 3rd breaking the Huskies’ 10-game winning streak in the series that dated back to 2001. NIU leads the all-time series, 21-8, and in MAC competition, NIU leads the all-time series 19-4, including a 44-37 double overtime victory in the 2012 MAC Championship game. NIU has played Kent State more than any other MAC East team.

EARLIER THIS YEAR: Despite school-record setting performances from quarterback Rocky Lombardi and Trayvon Rudolph (see notes below), NIU had its five-game winning streak halted at Kent State in a 52-47 defeat on Wednesday, November 3. The Huskies led 14-3 midway through the first quarter before KSU exploded for four second quarter touchdowns to take a 31-21 halftime lead and extended it to 38-21 in the third quarter before NIU closed the gap to 45-40 with back-to-back touchdowns by Jay Ducker and Clint Ratkovich, the latter with eight minutes to play. Kent State scored just 41 seconds later, though, and, after another Ratkovich TD for NIU, the Golden Flashes ran out the clock in the last five minutes.

LAST TIME IN DETROIT: NIU completed a 19-point second-half comeback with a 35- yard touchdown pass from quarterback Marcus Childers to D.J. Brown to give the Huskies a 30-29 win over Buffalo in the 2018 MAC Championship game. Childers’ pass to Brown
was his fourth TD pass of the game as he brought NIU back from a 29-10 third quarter deficit. All-American Sutton Smith made 10 tackles with two sacks and 3.5 tackles for loss while fellow defensive end Josh Corcoran had a pair of sacks as the Huskies limited UB to seven points in the second half

A MAC CLASSIC: NIU and Kent State met in the 2012 MAC Championship game with a trip to the Bowl Championship Series (BCS) on the line in just the second match-up between two ranked teams in the game’s history. The Jordan Lynch-led Huskies prevailed 44-37 in double overtime to earn a bid to the FedEx Orange Bowl, the first BCS bid in MAC history. Lynch scored his third touchdown of the game in the second overtime, and NIU’s Demetrius Stone intercepted Kent State QB Spencer Keith in the end zone to give the Huskies the win. Lynch ran for 160 yards on 36 carries and threw for 212 yards, while NIU held Kent State to 70 rushing and 260 total yards.