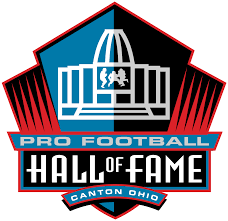 The Las Vegas Raiders are 7-2 SU and ATS in their last nine preseason games. The Raiders will try to earn another preseason win as a Jaguars vs Raiders prediction when they take on the Jacksonville Jaguars in Thursday night’s Hall of Fame Game in Canton, Ohio.

The Raiders opened as a 1.5-point favorite before betting action on Jacksonville as the preferred Jaguars vs Raiders prediction in this preseason opener drove the line down to a pick’em. The total has also seen significant movement down to 30.5 points after it opened at 33.5 points. The UNDER is 8-4 in Las Vegas’ last 12 preseason games.

The Jaguars had high hopes for the 2021 season with new franchise quarterback Trevor Lawrence under center and new head coach Urban Meyer on the sideline. But things didn’t go as planned as Meyer didn’t even make it through his first season before being fired after only 13 games, and Jacksonville finished the regular season with a 3-14 SU and 5-12 ATS record.

Those struggles did land the Jags the first overall pick in the 2022 NFL Draft, which they used to draft defensive end Travon Walker out of Georgia. Walker and Jacksonville’s other first-round pick, former Utah Utes linebacker Devin Lloyd, should see some action in this game against the Raiders. The Jaguars will be trying to improve upon a 1-6 SU and 2-5 ATS record over their last seven preseason games.

The Raiders had a busy offseason after going 10-8 SU and 8-10 ATS in 2021. Las Vegas hired former New England Patriots offensive coordinator Josh McDaniels as its new head coach and made a big splash in the trade market by acquiring elite wide receiver Davante Adams from the Green Bay Packers. That trade cost the Raiders their first- and second-round picks in the 2022 NFL Draft.

Las Vegas made its first pick in the draft at No. 90 when the team selected offensive lineman Dylan Parham. With only four picks made in the first six rounds of the draft, the Raiders will have some important positional battles among their rookies and free-agent signings to work through this preseason, starting in Thursday’s Hall of Fame Game.

Five of the seven draft picks Jacksonville made in the 2022 draft were defensive players. Look for the Jaguars to focus plenty of energy on defense in this matchup, which could lead to a low-scoring game favoring Jacksonville as a Jaguars vs Raiders prediction on Thursday night.

While the Raiders are set at quarterback with Derek Carr as their starter, their backup situation is pretty hazy with Jarrett Stidham, Nick Mullens and rookie Chase Garbers. McDaniels may choose to test his backup quarterback situation with a decent number of pass plays, and how these three respond could decide Las Vegas’ fate as a Jaguars vs Raiders pick.