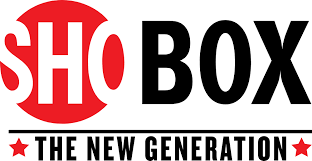 It was the 258th ShoBox show and a night of celebration for the long-running and storied series that began in 2001 and has seen 84 ShoBox alum go on to win world titles. The night consisted of three hard-fought contests featuring young prospects matched tough, which has been a signature of the series for the past 20 years.

“It was a close decision because in the first few rounds I wasn’t going by the game plan and was just trying to get him out like I usually do in my fights,” said Steen, who is the half-brother of 2016 U.S. Olympian Charles Conwell, who cheered Steen on from ringside. “It would have looked good to have the knockout, but beating him like I did was more amazing.”

“I thought it was a close fight and that I lost by a close decision,” Henderson said. “I lost my right hand in Round 4 because I tore my shoulder and from then on, I used the left to try and control the pace.”

Henderson added: “I could have cut the ring off a little bit more. I didn’t want to let him know I couldn’t use my right hand because I knew he would try and take advantage of it. My coach told me to try and fake the right hand like I was going to throw it, and then hit him with the left hand. We followed our game plan, and everything we wanted to do.”

Steen knows his future is bright and he wants to share the limelight with his brother on August 29 as Conwell is fighting on the undercard of a highly anticipated SHOWTIME PPV event in Cleveland.

“I want to get added to the undercard of my brother’s fight on the Jake Paul-Tyron Woodley card in my hometown,” he said. “I want to bring it back to Cleveland next month.”

Bunch of Trenton, N.J., and Figueroa Bocachica of Detroit were both close in punches thrown with 399 for Bunch and 390 for Figueroa Bocachica. Bunch used his jab throughout the fight, landing 68 of 217 and landed 30.8% of his power punches.

“Of course I thought I won the fight,” said Bunch. “I honestly feel like I won it. Even his coach said I won the fight. I landed the more powerful shots, even boxing-wise; sticking and moving. The only thing I could do better was get a knockout. I feel like I hurt him plenty of times. I don’t know what the judges were watching.”

Figueroa Bocachica said he thought he won the fight. “I felt like he didn’t land anything that hurt me and I applied the pressure. I didn’t agree with the judges, but I’m the fighter not the judge. I could have put pressure from beginning instead of the end. I could have used the jab more. I was being lazy with my right hand because I was going to knock him out. Those are things I need to learn.”

He added: “Oh yeah, there will be controversy after this. It comes with the sport.”

The telecast opener featured a highly competitive fight in a battle of unbeatens with Martino Jules (11-0-2, 2 KOs) scoring a unanimous win over ShoBox veteran Aram Avagyan (10-1-2, 4 KOs) in an eight-round featherweight affair. The judges scored the fight 77-74, 78-73 and 79-72 all in favor of Jules.

The 24-year-old southpaw Jules from Allentown, Pa., scored a key knockdown in the last 45 seconds of the eight-round fight. Following a solid counter left hand landed by Jules, Avagyan slipped, stumbling to his knees in what was ruled a knockdown by referee Mark Nelson.

“What a turn of events in the last minute of the fight!” said ShoBox blow-by-blow commentator Barry Tompkins immediately following the knockdown.

“He kept jumping right toward me, so I just kept listening to my corner and going with the left,” said Jules, who landed 85 of his 295 power punches to Avagyan’s 122 of 316. “As soon as he got caught with the left he was off-balance and the left leg slipped and that was it.”

Fighting under the Salita Promotions banner, the 30-year-old Avagyan originally from Yerevan, Armenia, and now residing in California, was fighting on ShoBox for the third time and facing his fourth consecutive unbeaten fighter.

Jules knew it was close entering the final round. “I think the knockdown really helped me secure the round,” he said. “Once he got knocked down he was rushing in to try and get the back, which helped me since I could control the pace a little bit more.”

The event, which was promoted by Marshall Kauffman’s Kings Promotions in association with Holden Productions, Salita Promotions and DiBella Entertainment, brought together fighters from seven different boxing promotional and management teams.