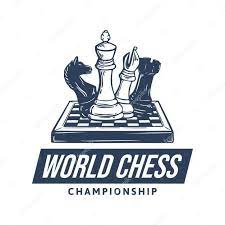 The Chess World Championship will take place next month from Nov 24 through Dec 16. Reigning champion Magnus Carlsen (Norway) seeks to defend his title against the challenger Ian Nepomniachtchi (Russia). As the highest profile event on the chess calendar, the world championship appeals to bookmakers looking for novel wagering opportunities to offer to their hungry bettors. Currently, gamblers on the the sportsbook Bwin can place wagers on who will win as well as various prop bets (for example, “Will a pawn be the first piece to be taken in each of the first 4 games?”). In this article, we walk through the history of staking money on chess, looking at how we arrived at the current market and how it will develop going forward.

Head-to-Head
The oldest and still most common form of chess gambling is the head-to-head matchup. This is the type of betting you encounter in Union Square Park, NYC where chess hustlers sit day-in and day-out and offer the NYC public the opportunity to put their skills to the test for $3 or $5 per game. While this form of chess gambling works fine in a live setting, it does not translate into the online space. Chess computers (or engines) are freely available online, so adding real stakes to an online chess game creates the opportunity for either player to consult the god-like strength of the computer to shift the match in his favor (cheating). Head-to-head online chess gambling quickly becomes an arms race that benefits no one. So online chess players must content themselves with earning or losing rating points (no monetary value) based on their performance.

Staking
Staking refers to placing a wager on the performance of another. Staking is a much more palatable form of chess gambling as there is no issue with perverse incentives for the player. Yes, there is still the opportunity for collusion between the bettor and the player, but sportsbooks like Bwin only offer bettors the opportunity to stake high profile matches like the world championship. It is unfathomable that these professional Grandmasters would jeopardize their hard-fought opportunity at the title of world champion just so a friend can win his punt. The prediction market site Polymarket includes a category for chess where you can take a piece of the action on either the World Championship or the upcoming US Championship. Interestingly, the US Championship has more than twice the volume of bets of the World Championship, indicating that the highest profile matches may not be those with the most appeal to bettors.

In-Play Wagering
A new entrant into the chess betting space, BetMate takes a novel approach to this classic problem. BetMate goes further than any sportsbook, offering a ‘spectator zone’ crafted specifically for the chess audience. BetMate users can watch live games unfold and place bets on the outcome (White, Black, or Draw) at any point in the game. BetMate provides real-time engine analysis and data visualization to help bettors make informed decisions. And they don’t stop there. Viewers can place wagers on individual moves at any point in the game.

Although it is unclear who will come to dominate the market for chess betting, there is a demonstrated demand from fans and a variety of approaches being employed, so we believe that the future of chess bets is bright.

Where’s All The Money Going

A lawmaker in Massachusetts says if the…