NFL owners reportedly believe that teams’ worth may hit $8 billion to $10 billion. The jump reportedly may be driven by the continuous sports betting expansion in the US.

The Cost of NFL Teams Reportedly May Hit $8-$10 Billion

Undoubtedly, the NFL has proven to be the most profitable and successful professional sports league in the US as the league’s revenue has been growing gradually year after year. According to Statista data, the NFL’s revenue back in 2001 was $4.28 billion. After gradual growth, the revenue of all NFL teams surpassed $10 billion in 2014 by hitting $11.09 billion.

Now, according to a recent ProFootballTalk Twitter post, NFL owners believe that the average value of each team may jump to some $8 to $10 billion. The NFL random teams’ worth will reportedly jump that high thanks to the continuous gambling legalization across the US.

Owners believe that, sooner rather later, the average, random team will be worth $8 billion to $10 billion, thanks to legalized gambling. https://t.co/jrt4nMnBKN

Earlier this year, the NFL inked multiple deals with major gambling operators, such as DraftKings, Caesars Entertainment and FanDuel. With the help of multi-year agreements, the operators gained access to NFL brands that they can use for online and retail betting operations.

Although the NFL used to back the 1992 Professional and Amateur Sports Protection Act (PASPA), clearly, since then, it has changed its position on sports gambling. With that in mind, since PASPA’s repeal, the legislation, regulation and legalization processes were left in the hands of lawmakers in each state. While over two dozen states have legalized some form of sports betting, more states are currently working on legislation to legalize the activity.

Considering that legal sports wagering continues to expand across the US, indeed, NFL teams may be worth significantly more in the not-so-distant future. In fact, judging by a list of the Worlds’ Most Valuable Sports Teams in 2021, compiled by Forbes in May, we already see a significant number of NFL teams worth billions.

The Dallas Cowboys are undoubtedly the leaders ranking first with $5.7 billion worth. Also in the top 10, we find the New England Patriots, which ranked 8th with its $4.4 billion worth. According to the list, the New York Giants took 9th place, with $4.3 billion worth.

Overall, more than 25 NFL teams are spread across the list and the Cleveland Browns are the last team, taking 50th place with a $2.35 billion valuation. Based on those numbers, and keeping in mind that the popularity of sports wagering continues to grow, the average worth of each NFL team may indeed grow to $8-$10 billion soon. 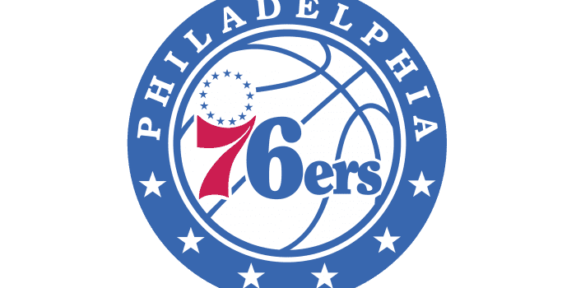 The Philadelphia 76ers closed 2021 with…