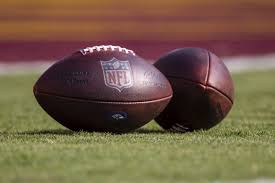 Tony Dungy, who won the Vince Lombardi Trophy as both a player and coach, is no fan of the NFL integrating sports betting into its television coverage.

Tony Dungy, who won the Vince Lombardi Trophy as both a player and coach, is no fan of the NFL integrating sports betting into its television coverage.

Tony Dungy (left) sits next to Mike Tirico and Drew Brees on the “Football Night in America” set in Tampa on September 9, 2021. Dungy has recently expressed his displeasure with the harmonizing of sports betting and NFL network coverage. (Image: Twitter)

Soon after retiring from coaching in 2008, the now 65-year-old joined NBC as an NFL analyst. Dungy currently works on Football Night in America, the network’s pre-game show for NBC Sunday Night Football.

As for being required by network brass to reference sports betting and fantasy sports lines and stats, Dungy tells the Sports Business Journal that it might just prompt him into punting on his television job.

“That’s going to be the one thing that drives me out of this [broadcasting],” Dungy continued. “We are getting so much pressure.”

Dungy won Super Bowl XIII in 1979 playing as a safety with the Pittsburgh Steelers. He won his second championship nearly three decades later in 2007 by coaching the Indianapolis Colts past the Chicago Bears in Super Bowl XLI.

Dungy is a devout evangelical Christian who frequently shares Bible verses on Twitter. During his long career in professional football, he’s given his time to a variety of faith-based programs, including Athletes in Action and Fellowship of Christian Athletes. Dungy has also publicly expressed his opposition to same-sex marriage.

As for gambling, Dungy doesn’t believe it should be hyped by the NFL.

“We have so many guys with gambling addictions in the NFL,” Dungy opined. “I worry about that. I worry about that for the country. I don’t think it’s good to promote. I think we’re encouraging the wrong thing.”

Dungy said he understands the importance of in-game marketing for his employer. He explains that he adheres to NBC’s direction to explain a play or drive using a Microsoft tablet, as the computer software giant is a marque sponsor of Football Night in America and Sunday Night Football.

“We have a segment powered by Microsoft, and we tell our story, but we’ve got to do it on a Microsoft tablet instead of a regular video. I get that. They’re sponsoring us. But now we’ve got to do two or three segments about fantasy football and gambling,” Dungy explained.

Dungy might not be a fan of sports betting and its continued implementation with the NFL. But the league and its television network partners certainly are.

The NFL’s six sports betting operators that have deals in place that allow them to advertise during nationally televised broadcasts spent heavily during the first week of the NFL season.

The US gaming industry has long promoted the idea that legal sports betting will drive interest in collegiate and professional sports. Week 1 television ratings suggest they are correct, as the NFL reported viewership increased seven percent during the first week of games compared with the 2020 kickoff.