Houston looks to split the series with the Loons after falling 2-0 on Aug. 7 in the first meeting of the season

HOUSTON – Houston Dynamo FC host Minnesota United on Saturday for their second meeting of the regular season. Houston snapped a four-game losing streak last Saturday with a 2-2 draw against FC Dallas and look to earn the full three points for the fourth time at BBVA Stadium this season.

Fafa Picault gave Houston a 1-0 lead last Saturday against his former club and the winger has now scored in three consecutive games and in four out of his last five outings. Picault is now tied with forward Maxi Urruti for the most goals scored this season with six.

Midfielder Matias Vera scored the equalizer last Saturday and his third of the regular season. Vera has been playing higher up the field this season and currently leads the team in chances created with 23 this year. Defensively, the 25-year-old has the second most recoveries on the team with 96.

Minnesota enter Saturday’s game in fifth place and winless in their last three matches. The Loons’ last victory came on Aug. 7 against the Dynamo in Minnesota. Houston leads the all-time series with a 4-3-4 record and a 4-0-2 record at home against the Loons. Houston won the first of three meetings in 2020 and the two clubs split points in the following two meetings.

The Dynamo will remain in Houston and host the Portland Timbers on Sept. 3 at 7:00 p.m. CT.

Here are three key points ahead of Saturday’s game:

DYNAMO NAVIGATE FIRST HOME GAME WITHOUT RAMOS: The Dynamo will be led by assistant coach Omid Namazi on Saturday following Friday’s announcement that head coach Tab Ramos will miss the match due to a medical emergency concerning a family member. Ramos and Namazi have worked together since 2014 when the duo coached for U.S. Soccer as part of the U-20 Men’s National Team program. Namazi brings more than a decade of experience as a head coach and assistant coach at the club and international level. The Provo, Utah native also filled in for Ramos earlier this season following a suspension against the Colorado Rapids on May 15.

HOUSTON TO LOSE FIVE PLAYERS FOR INTERNATIONAL DUTY: Saturday’s game will be the last match for five players reporting for international duty on Sunday. Midfielder Boniek Garcia and defender Maynor Figueroa will report to Honduras for a pair of World Cup qualifiers. Forward Ari Lassiter and midfielder Adalberto “Coco” Carrasquilla will also depart for international duty and the duo will be rivals on Thursday, Sept. 2 in a Concacaf World Cup qualifier. Midfielder Darwin Ceren will join El Salvador to face Honduras and Canada in the opening round of regional qualifiers.

MINNESOTA UNITED WINLESS AT BBVA STADIUM: Minnesota enter Saturday’s game winless in Houston after six meetings at BBVA Stadium. The Loons earned a draw in the first meeting between both clubs on April 14, 2017 in a 2-2 draw. Minnesota secured their second point in Houston last year after a 2-2 draw on Sept 19, 2020. Ethan Finlay and Robin Lod combine for four goals against the Dynamo and both featured in the first meeting of the season between both clubs, a 2-0 victory for Minnesota on Aug. 7. 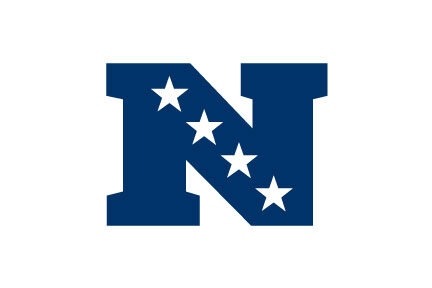 Following Real Dealer’s entry into the…