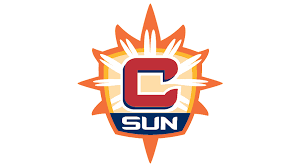 Connecticut’s two tribal operators, the Mohegan Sun and the Mashantucket Pequots, started serving up sports betting at their respective casinos in the southwest of the state Thursday. But the Mohegans’ decision to take bets on the WNBA team it owns, the Connecticut Sun, does not sit easy with some.

Per the state’s new gaming regulations, Mohegan Sun employees and anyone directly involved in the team are barred from placing bets on the Sun. But there’s nothing in the rules to stop the operator from accepting bets.

Some lawmakers believe the tribe’s decision to take money on the games presents a potential conflict of interest, and it’s one they want to eliminate.

State Rep. Maria Horn (D-64th) cochairs the legislative committee that oversees gambling in Connecticut. She told the Associated Press the issue may be addressed at the next legislative session. That’s when permanent regulations will be approved for sports betting, replacing an emergency framework that allowed the sports books to get up and running quickly.

The Mohegans could have taken a leaf out of MGM’s books, which was faced with a similar situation through its ownership of another WNBA team, the Las Vegas Aces. The casino giant banned bets on the team at all its properties across the country. Then, in January of this year, it sold the team to Raiders owner Mark Davis – just to be on the safe side.

Meanwhile, when New Jersey legalized sports betting, state lawmakers adopted an even more severe approach to dealing with Texas billionaire Tim Fertitta’s dual ownership of the Houston Rockets and the Golden Nugget. It banned the Nugget from accepting bets not just on the Rockets, but the entire NBA.

According to New Jersey’s rules, the leaguewide ban applied to any operator that owned more than 10 percent of a sports team. It left the Nugget trading at a serious disadvantage in the new sports betting market.

Following Fertitta’s protestations, the state modified the law in September 2019 so that the Nugget could accept pro basketball bets on any team other than the Rockets, provided the Rockets were not involved in the game.

For a new sports betting market, it’s crucial that regulations safeguard integrity, but also that they eliminate the perception of corruption. That’s why there’s usually a high degree of separation between the teams and the oddsmakers.

In Mohegan’s defense, a third-party, FanDuel, is largely setting the lines and taking the bets at the casino’s sports book, providing precisely one degree of separation.

Nevertheless, when Connecticut’s Democratic governor, Ned Lamont, placed the first ceremonial wager at the Mohegan Sun on Thursday, he slapped down $50 on the Sun to win in Sunday night’s game against the Chicago Sky.

That’s $50 he won’t be getting back, but it’s only a very unusual set of regulations that allowed him to place the bet at all.