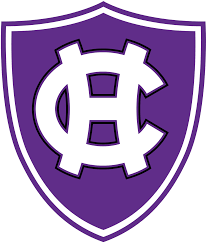 WORCESTER, Mass. – The No. 24 Holy Cross football team fell to Harvard, 38-13, in a Homecoming matchup on Saturday, Oct. 2 at Fitton Field.

Quarterback Jake Smith totaled 229 yards on 20-of-31 passing for Harvard (3-0), with three touchdowns on the day.

Holy Cross will have a bye week before commencing Patriot League play. The Crusaders are slated to host Georgetown on Oct. 16, with kickoff set for 1:30 p.m. at Fitton Field.

Harvard jumped out to a 24-0 lead after the first half, with a 17-point second quarter.

Asante put the Crusaders on the board with 9:59 to go in the third after carrying the ball 59 yards for a touchdown. However, Holy Cross missed the two-point conversion, leaving the Crusaders trailing by a score of 24-6.

After three-and-out by the Crusaders, freshman Jake Jarmolowich recovered a muffed punt to give the Crusaders the ball right back on the Harvard 10-yard line. From there, Sluka used two plays, capped by a seven-yard touchdown run, to bring Holy Cross within 24-13 with 8:16 left in the third.

After Harvard recovered a fumble by the Crusaders, Holloman intercepted a pass attempt by Harvard in the end zone to give Holy Cross the ball back immediately with 2:30 to go in the third. However, the Crusaders could not capitalize on the opportunity, and turned the ball over on downs.

Previous articleLittle Comes Up Big as Grid Bears Down Redbirds
Next articleDefensive Battle Goes to Bison, 16-10