Daisy Ho, chairwoman of SJM Holdings, announced the planned opening to GGRAsia. One of 17 children of the late Stanley Ho — aka the “King of Gambling,” who controlled a monopoly on casinos in Macau for decades until 1999 — Daisy Ho revealed that the integrated resort has been granted 150 table games by the Macau Gaming Inspection and Coordination Bureau.

Built at a cost of HKD39-billion (US$5 billion), the colossal gaming, entertainment, meeting, shopping, and event destination has been finished for many months. But SJM has stalled its opening because of COVID-19.

Grand Lisboa Palace is SJM’s first casino venture on the Cotai Strip, which is today where the region’s VIPs and high rollers stay and play.

SJM Holdings, which recently renamed its casino subsidiary unit from Sociedad de Jogos de Macau to SJM Resorts, has, for the past two decades, seen its VIP market share decline. Prior to the pandemic, SJM Resorts maintained just a 15 percent control of Macau’s gaming industry. In 2009, SJM controlled a nearly 43 percent share.

While SJM is still faring well in terms of mass market play, the casino operator having a heavy presence in downtown Macau with its Casino Grand Lisboa and operating 17 hotel casinos for third parties, its $5 billion undertaking in Macau is the company’s efforts to regain VIP business.

Ho says she hopes robust demand will warrant Grand Lisboa Palace opening its full complement of hotel rooms in the near future.

We are hoping that within this year, by the end of the year, we will be able to open up the entire property,” Ho said. “There will be a grand opening ceremony, but that will depend on the existing travel restrictions.”

Macau remains closed for entry to all foreigners except those coming from mainland China, Hong Kong, and Taiwan.

SJM Resorts has two properties on the Cotai Strip. Along with Grand Lisboa Palace, the casino operator owns the adjacent Lisboeta Macau.

The non-gaming hotel caters to the general public, not the wealthy mainlander. The 574-room hotel opened earlier this year, and has been utilized by the Macau government as a quarantine observation center for incoming travelers.

“Once we’ve opened Grand Lisboa Palace, then we will start looking at that possibility,” Ho said regarding the possibility of implementing a casino at Lisboeta. 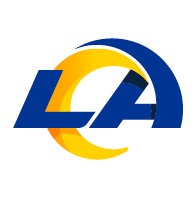 The United States will be heading into the…

News and Notes from Hitz Boxing