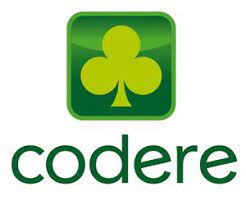 It’s expected Codere will begin trading on the Nasdaq Capital Market tomorrow under the ticker “CDRO.” The associated warrants will list under the symbol “CDROW.”

Codere Online, founded in 2014, is a unit of Codere Group — the only listed Spanish company in the gaming industry. The online operator is the first internet gaming entity from Latin America to publicly trade in the US.

Codere Could Carve Out Interesting Niche

The universe of domestically focused iGaming and sports betting equities is expanding rapidly. Because the US is the fastest-growing market for those industries, investors are leaning into home country fare.

For investors in the US, iGaming and sports wagering in Latin America is an afterthought. But Codere could change that perspective. The operator describes Italy, Spain, Mexico, Colombia, and Panama as its “core countries,” and said it’s on pace to launch in Buenos Aires later this year.

Additionally, the company’s focus on markets outside the US could prove beneficial to investors. That’s because the US sports wagering industry is fiercely competitive, with many operators bleeding cash in the name of boosting revenue and gaining market share — scenarios some market observers argue aren’t tenable over the long-term.

Current penetration of mobile sports wagering in Latin America is low. But that’s changing for the better because of favorable demographic trends and increasing adoption of smartphones, e-commerce and internet connectivity.

Those factors “position the region for tremendous near, medium, and long-term growth (estimated at approximately 10x from 2020 to 2027, based on management projections and industry research),” said Codere Online when the SPAC deal was announced in June.

Codere Online is coming to market at a time of acute weakness for both sports wagering equities and stocks of de-SPACed entities, regardless of industry. Some of this year’s worst-performing gaming stocks are those that debuted by way of blank-check mergers.

Those factors don’t mean investors won’t be receptive to Codere Online. But with increasing scrutiny on the finances of de-SPACed companies, the operator likely needs to show market participants it’s gaining market share in a cost-effective fashion.