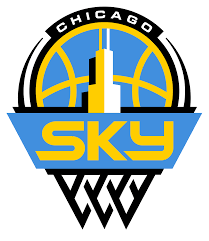 The owner of the Chicago Sky WNBA team has denied he improperly lobbied the city’s mayor, Lori Lightfoot, for a sports betting license.

Michael Alter was fined $5,000 after he asked the mayor to support his efforts to obtain a license while he was not registered as a city lobbyist, according to The Chicago Tribune.

But in a statement to the Tribune this week, Alter said his contact with Lightfoot had been misread by the ethics board. He added he wasn’t trying to influence the mayor because she was already a Sky fan, and furthermore, she has “no authority over the state legislature.”

But Alter was incensed that only men’s teams were permitted to apply for licenses, and so, in December, he wrote to Lightfoot requesting her help. In an email to Chicago’s first lady Amy Eshleman, he asked the mayor to support a bill introduced to the Illinois legislature in July 2020 that seeks to redress the gender imbalance.

I am writing you now to formally get the mayor’s support for pending legislation that will — FINALLY — provide an opportunity for the sky [sic] to get a gaming license,” he wrote.

He described the existing situation as one that “sets an extremely dangerous precedent,” and asked the mayor to lend her “vocal and visible support” to the amendment.

He also asked the mayor’s help in signing Candace Parker, who was coming to the end of her contract with the Los Angeles Sparks and grew up in Illinois. Parker signed with the Sky in February.

Alter told the Tribune that the ethics board’s “overly broad reading of the ordinance” was “dangerous” because it turned any business owner who reached out to elected city officials for help into a transgressor.

This would have a chilling effect on the essential dialogue between business leaders and elected officials and lead to the absurd conclusion that every business owner and CEO must register as a lobbyist to engage with their elected leaders,” he said.

Ethics Board Executive Director Steve Berlin told the Tribune it wasn’t “chilling” because all he had to do was register so that people know about his contact with politicians.