The Safe and Regulated Sports Betting Act (Bill C-218) was passed by Canadian senators, and after it’s signed into law, it heads to the country’s provinces for local implementation. Ontario, the largest province, is expected to take up the matter later this year. Ontario alone is compelling, because that part of Canada is home to 14.5 million citizens, making it larger than some of the top US sports betting states, including Illinois, New Jersey, and Pennsylvania.

Macquarie analyst Chad Beynon estimates the combined Canadian iGaming and sports wagering markets will be worth $4.6 billion in 2030 ($2.2 billion for sports betting and $2.4 billion for online casinos), assuming full legalization.

Importantly, we believe this also shines a spotlight on Canada iGaming, where Ontario announced in its 2020 budget that it would modernize its iGaming market by opening up to private operators,” said Beynon in a note to clients.

The analyst’s $4.6 billion estimate, which he acknowledges is conservative, assumes Canadian adults will spend an average of $60 a year on sports wagering and $75 annually betting in online casinos.

With its status as a homegrown company and the popularity of the theScore media app, Score Media has been the gaming equity most sensitive to single-game legalization in Canada. While the stock is encountering some profit-taking today, the shares are higher by 70.63 percent over the past month – a period in which C-218 passage gained momentum.

Score Media, which debuted on the Nasdaq in March, is called the “biggest winner” on the C-218 news by Credit Suisse analyst Benjamin Chaiken. He adds Canada legalization has implications for the US market, where theScore Bet app is live in four states. With its home country on board, the company “now has a cash flow engine to help it opportunistically gain share” south of the border. Chaiken adds that despite Score Media’s recent bullishness, that move “only captures a fraction” of the operator’s long-term potential. He has a $50 price target on the name, implying it can more than double from current levels.

Macquarie’s Beynon estimates that if Score captures a 20 percent share in its home market, that could trigger an upside of 255 percent for the stock. The analyst also notes that 20 percent of the Canadian iGaming and sports betting markets would be worth 28 percent to shares of Penn National, which coincidentally owns almost 5 percent of Score Media.

That percentage of market share would be worth 17 percent to stocks of both Caesars and DraftKings and 18 percent to MGM Resorts International (NYSE:MGM). Caesars operates a land-based casino in Ontario, while DraftKings has an agreement with the NFL in Canada and has long been viewed as perhaps the second-biggest beneficiary of single-game approval thereafter theScore.

As is the case with the US internet casinos and sports wagering segments, forecasts for those markets in Canada vary wildly.

Macquarie’s Beynon acknowledges his $4.6 billion call is on the conservative side, while DraftKings recently said Canada is a $5 billion to $8 billion market. BetMGM sees $7 billion. Bottom line: It’s a new market ripe with opportunity for online operators.

“In our view, Canada’s population, household income, and sports culture (six NHL teams, one NBA team, one MLB team, and its own football league) make the country an attractive market for US operators,” adds Beynon. “As such, we believe the legalization of Canada’s single-game sports betting market is positive for operators such as SCR, DKNG, PENN, CZR, and MGM.” 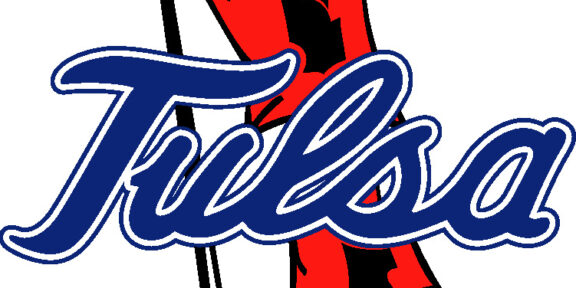 The NFL has announced that beginning with…